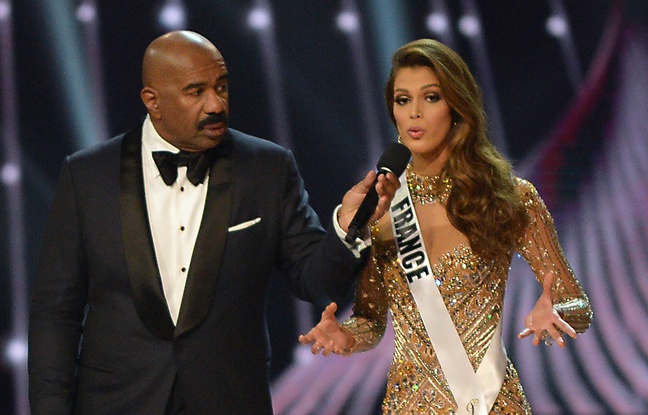 Although his blunder seems insignificant compared to that of last year’s presenter who announced the wrong pageant winner, if Iris Mittenaere had not won Miss Universe on Monday in Manila (Philippines), her translator would have much to answer to. In the final round of questions, the candidate had to talk about a past failure and explain how she has learned from it.
She replied to the question in French “I thought I had failed my first year of medical school because at first I wasn’t on the passing list.” This was then translated as “I thought I had not qualified for casting the first time round.”

Likewise, the “medical textbook” became a “modelling book.” She went on to explain “That very same day, I went out and bought a new medical textbook”. The translator, instead of correcting his mistake, continued to skew her words: “The very next day, I found that I was in a new book.”

And when Iris Mittenaere concluded that she did “end up passing [her] first year of medical school,” the interpreter really hammered it home, still completely missing the point: “For me [this is] my first great opportunity.”