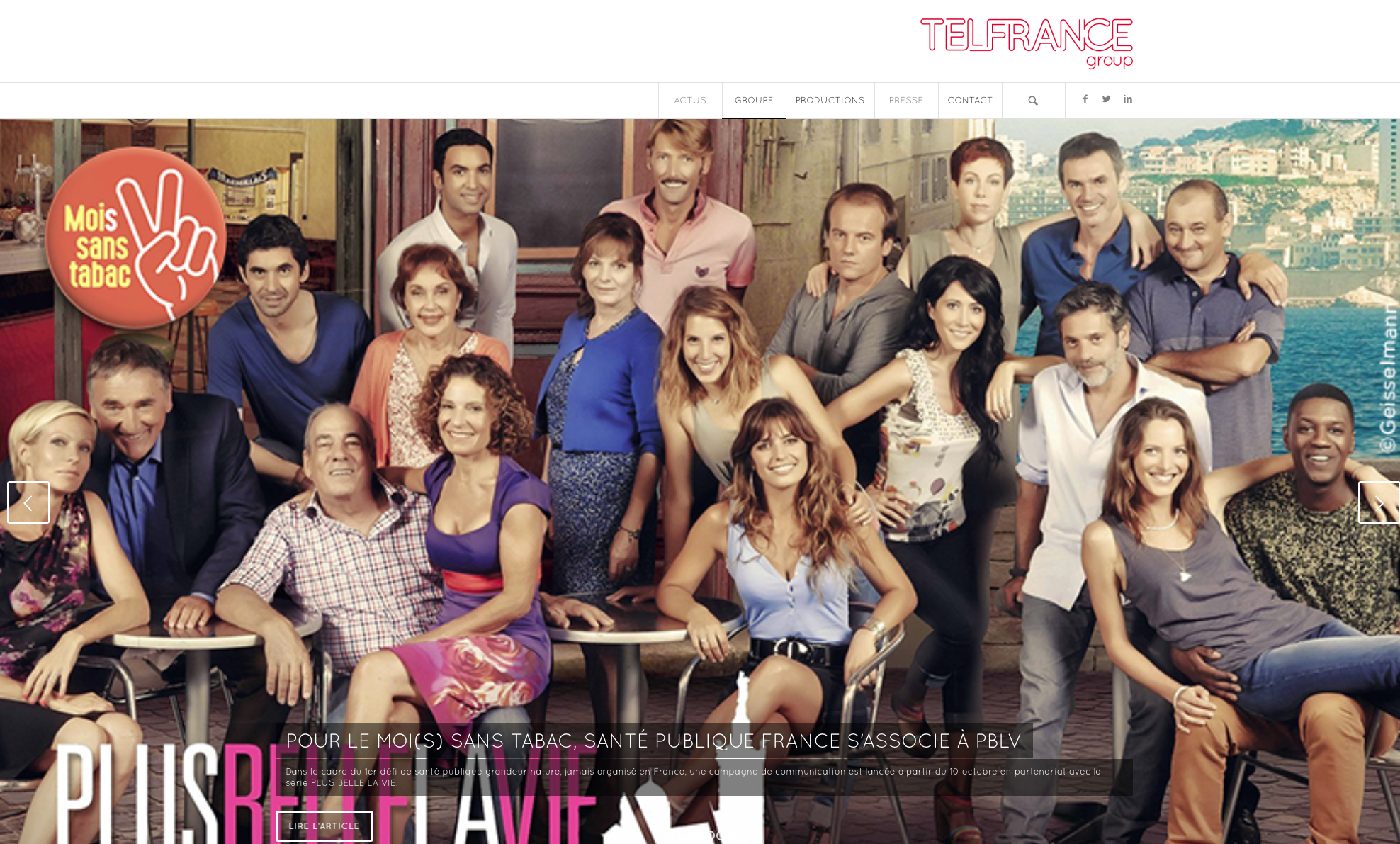 In the beginning, Telfrance positioned itself in the Canadian broadcasting market before becoming established in France in 1960 with the production of series like Thierry La Fronde for the ORTF. Until the early 2000s, Telfrance focused mainly on the producing fiction programs, the best known of which are Châteauvallon, Terre Indigo, and Les Cordier, juge et flic. Starting in 2001, it diversified by producing daily streams for national channels in addition to new fiction series (Plus Belle La Vie) and documentaries (The secrets of volcanoes). Since 2008, the Telfrance Group has included Newen. The group itself now contains 24 companies, including 15 production companies, a music publishing company, and a structure dedicated to young talents. Starting in 2010, Telfrance Group has been present on the web through fiction programs broadcast on video sharing sites.

In April 2015, Telfrance began a collaboration with the translation agency Atenao for translation its needs into English.