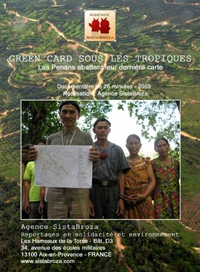 French-German voice-over dubbing of a documentary

Mission: Translate all texts relating to the √¢‚Ç¨ÀúGreen Card sous les Tropiques’ project from French into German (blurb, dialogue, subtitles and voice over) and the recording of the German voice-over.
Recording work was carried out at our partner’s professional recording studios. The translation was carried out by one of our German translators who perfectly masters subjects of an environmental matter. Voice-overs are (as with translation) systematically carried out by a professional native speaker.